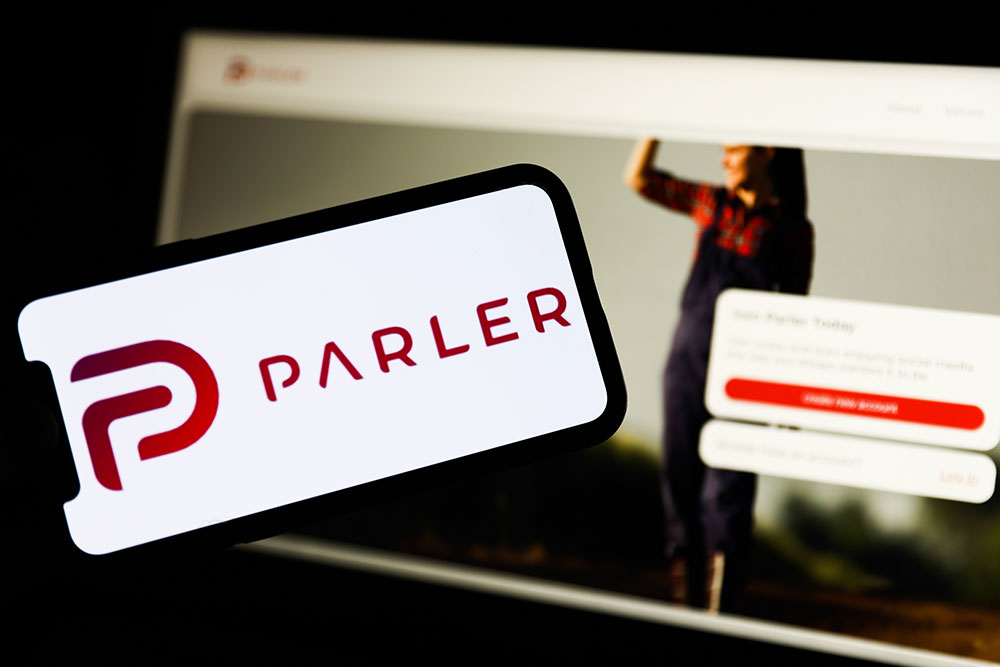 Parler’s recent shutdown shows how much free speech protections are in the hands of technology.

On January 9, Apple and Google removed Parler from the App Store and Android’s Marketplace. This move prevented new users from downloading the app. The following day, Amazon Web Services dropped Parler. A move that effectively disconnected the brand from the internet and its connectivity.

Here’s the clincher: it wasn’t legal entities that de-platformed Parler — it was three big tech providers, each with a behemoth market presence whose infrastructure has now formed the internet’s virtual backbone.

On January 7, Twitter, Facebook, and Instagram suspended Trump. Those suspensions became permanent the following day. On January 20th, Snapchat has said they will permanently ban Trump. and even TikTok has followed suit. Without media coverage, the US President has no platform. Many praised the decision. Republicans criticized the move as a violation of free speech. Indeed, during his tenure, Trump has been no lamb. He’s perhaps been one of big tech’s biggest adversaries.

Regardless, the issue remains. Just as the President has the right to free speech, so do private tech companies remove his content, especially when the first amendment does not protect that content. Some have called the decision unprecedented. Not surprising since this is the first time major digital platforms have removed a prominent political figure. But, it highlights control over speech online. Who gets the right to decide what others and even elected officials can say? What does it mean when corporations censor the government?

Some are currently calling for more regulation. In recent months, demands have surfaced from both sides to repeal or amend 230. Section 230 protects companies from liability for their decisions around their online content. Repealing 230 would probably not have forced Facebook or Twitter to remove Trump’s tweets. Nor would it prevent companies from removing the content they find disagreeable. The companies’ First Amendment rights enable them to curate their content as they see fit. Instead, repealing Section 230 would place an increased risk of liability on the platforms for what they choose to host.

There’s a twist. This fall, the CEOs of Facebook, Twitter, and Google appeared before Congress to defend 230. The trio stated it is crucial to free expression online. If that’s the case, why would big tech have cleaned house, removing content and banning users from their expression online? Are ISPs such as Twitter and Google public domain, or are they private companies?

For some, digital censorship and, ultimately, the banning of users highlights corporate dominance in the US and potential monopolies these providers have. Let’s take Google, for example. As a privately-owned corporate entity, Google the right to exercise its free speech in search results online, including Google Ads Services, as does any American to express their thoughts using words and their freedom to remain silent. The Supreme Court recognizes that digital speech or “internet speech” is entitled to the constitutional protections afforded to individual speech or media.

The Federal Trade has investigated Google’s anticompetitive activities within the digital advertising market and the branding agencies that work with the tech giant, prompting an examination of whether Google’s practices constitute free expression. Following First Amendment scholar and UCLA professor Eugene Volokh argued that IP services such as Google and their subsidiary YouTube qualify for the same First Amendment protection as an individual or the press. They have the same right. Being privately-held, these IP providers are able to erase or remove individuals from their platforms.

For us branding agencies in the marketing and advertising industry, we’ve found that we as a digital-first society haven’t worked through the kinks of regulating speech online, especially given division, misinformation, and overloaded information, and growing political issues. But it’s pushed digital communications far enough to make some noise.