Is Brand Activism the Future of Marketing? A Case for Value-Driven Brands 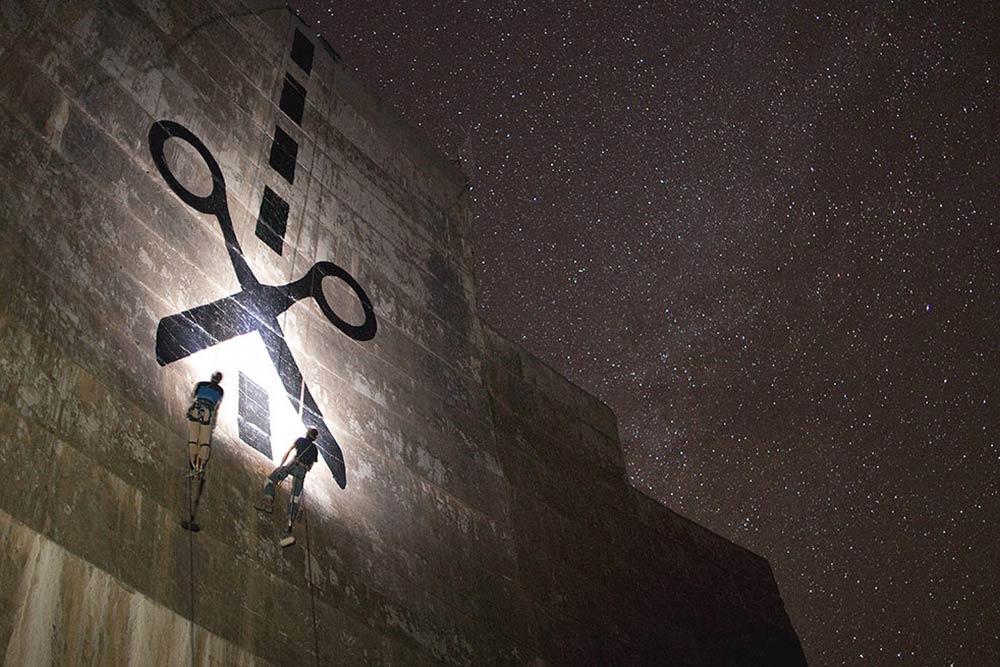 Anyone who hopped online to buy gear from outdoor recreation giant Patagonia on December 4th, 2017 was surprised by what they saw. Instead of colorful outdoor equipment and scenic vistas, the site featured a black background with white text. That text simply stated, “The President Stole Your Land.” This was a direct response to an executive order in which the president drastically reduced the size of two national monuments. And it earned Patagonia’s activist CEO, Rose Marcario, the national spotlight.

Of course, brand activism is nothing new for Patagonia

Patagonia has supported grassroots movements for over 40 years, positioning themselves as “The Activist Company.” They infamously support sustainability, environmental grants, and employee activism. And according to a recent report by Inc, their unapologetically political brand persona continues to pay off. In March of last year, Patagonia’s CEO Rose Marcario reported that sales were nearing $1 Billion.

Patagonia’s super-political website declaration is a striking (and fairly extreme) example of brand activism. But the company’s continued success testifies to a culture-wide shift— more and more consumers value purpose-driven companies who are willing to stand up for their beliefs.

But what is brand activism?

Essentially, brand activism is when a company attempts to influence social, economic, environmental, or political issues. Recent examples include a Starbucks pledge to hire 10,000 refugees by 2022, the #LikeAGirl campaign from Always, and Ben & Jerry’s long line of politically-inspired ice cream flavors. While brand activism is nothing new, the majority of companies have long shied away from talking politics. After all, Jeff Cartwright, the managing director of content for Morning Consult, notes:“In today’s polarized society, a brand taking a stance on a political issue has the potential to appease some but alienate many.”

But recent reports show that neutrality might not be an option in today’s economic landscape.

There’s still debate about how and when brands should step into social and political issues. But experts agree on one thing: most brands cannot afford to be apolitical. A recent study from PR agency Weber Shandwick found that 47% of millennials believe CEOs should speak up and take active stances on social issues. Similarly, 51% of millennials surveyed said they are more likely to buy products from companies that have activist CEOs.

Currently, we’re witnessing the highest youth population in history. Over 50% of the population younger than 50 years old, which means finding out what millennials want and catering to those needs is crucial.

Can brand activism save the world? Millennials seem to think so.

Today’s consumers feel more pressure to be socially and ecologically responsible than ever before. And in this time of increasingly extreme weather conditions, food and resource shortages, and global inequality, many are learning to vote with their wallets. According to a report by Nielson, 73% of millennials (now 22-37 years old and the generation with the greatest buying power) will pay more for products they believe to be sustainable. Similarly, Edelman has reported that 57% of 14,000 customers in 14 countries state that they are more likely to buy from, or boycott, a brand because of its stance on a social or political issue.

How Adidas built activism into their brand— and product

In 2016, oceanologists noticed a patch of fused plastics floating between California and Hawaii. The “vortex of trash,” which was approximately three square feet, consisted of single-use plastics— wrappers, bottles, straws— ropes, buoys, and fishing nets. Boyan Slat, the founder of Ocean Cleanup, called it “a ticking time bomb,” noting that the large plastics would eventually crumble down into microplastics and irreparably damage marine life.

Three years later, that single yard of debris has become a floating trash island twice the size of Texas (or three times the size of France). The growing mass, dubbed the Great Pacific Garbage Patch, stretches 600,000 square miles and contains at least 79,000 tons of plastic.

When confronted with consumer concerns about the enormity of the plastic problem, many companies vowed to reduce their reliance on single-use plastics. Fitness apparel giant Adidas took their commitment a step further. They built environmental activism into their products. Adidas is a founding partner of Parley for the Oceans, a global network of creators, thinkers, and leaders from brands, governments, and environmental groups working to end the ocean plastic crisis.

Sourcing their plastics from Parley’s clean-up efforts, Adidas announced a new line of recycled, recyclable running shoes. Their initial test drop, 7,000 pairs of shoes, sold out almost immediately. Now, Adidas has announced its intention to sell five million pairs of ocean plastic shoes. At an average retail price of around $220 per pair, the brand is set to make more than a billion dollars in revenue by trying to solve one of the world’s biggest environmental problems.

The effort was so successful that the company has now vowed to use only recycled plastics in all of their apparel by 2024. They’ve also proudly introduced the Futurecraft Loop, their first 100% recyclable running shoe. These shoes are “made to be remade,” according to the Adidas landing page, which explains the process in detail.

Why has the Adidas campaign been so successful? Because they’re not just doing good: they’re helping their consumers do good as well. According to a 2018 Forbes report, today’s consumers don’t want a hero; they want to feel heroic. A recent Futerra survey of over 1,000 consumers found that 96% of people believe individual actions (donating, recycling, ethical buying) make a difference. By choosing to purchase a pair of Adidas Futurecraft Loops over a competitor brand, consumers are not only removing 11 plastic bottles from the ocean. They’re also guaranteeing that plastic stays out of landfills and oceans forever.

You already know the power of storytelling when it comes to connecting your brand with the perfect consumers. But what stories should you tell? The story of how two young immigrants who turned their passion for beer brewing into a household name? How about the story of young athletes rising above their social circumstances to achieve the impossible? Or the story about threats against public lands and protecting the last of the world’s wilderness?

Whatever your political and social stance, it should support your brand’s storytelling identity. It’s no longer enough to sell the best product. Hanneke Faber, the President of Unilver Europe, echoes this sentiment. “I grew up as a marketeer at Procter and Gamble – where it was all about superior product benefits.” She says, in a 2019 interview with The Marketing Journal. “Tide washes whiter, and Pantene makes your hair shinier.  That is important, but it’s no longer sufficient in a time where there’s so much competition. Now you need people to love you not only for what you deliver, but also who you are.”

Whatever cause you champion, make sure it supports your brand’s identity

Today’s consumers are wary of marketing schemes and empty promises. They’re looking for true activism and commitment to the well-being of their communities. When brand activism becomes less about advocacy and more about money-making, you have a problem. And your consumers are going to catch on.

In a recent Forbes article, Sandy Rubinstein, CEO of DXAgency, outlined what marketing agencies should know about brand activism in 2019. One point she brings up repeatedly: authenticity is critical. She warns against knee jerk reactions and unsustainable declarations. Beyond making a statement, brands must act on the causes they champion. “It’s not just that one moment,” Rubinstein says. “What are you doing to support that statement and that stance over the next 12 to 18 months?”

The future of marketing?

Your brand doesn’t need to show up in every social and political conversation. However, it’s becoming more important than ever for brands to demonstrate how their products support their purpose. Today’s consumers want to support companies that use their influence to enact social and political change. So, to answer the question, “is brand activism the future of marketing?” No. It is the present of marketing, and companies that haven’t caught on are already living in the past.