Is Big Tech Too Big? Historic Antitrust Hearing Could Decide 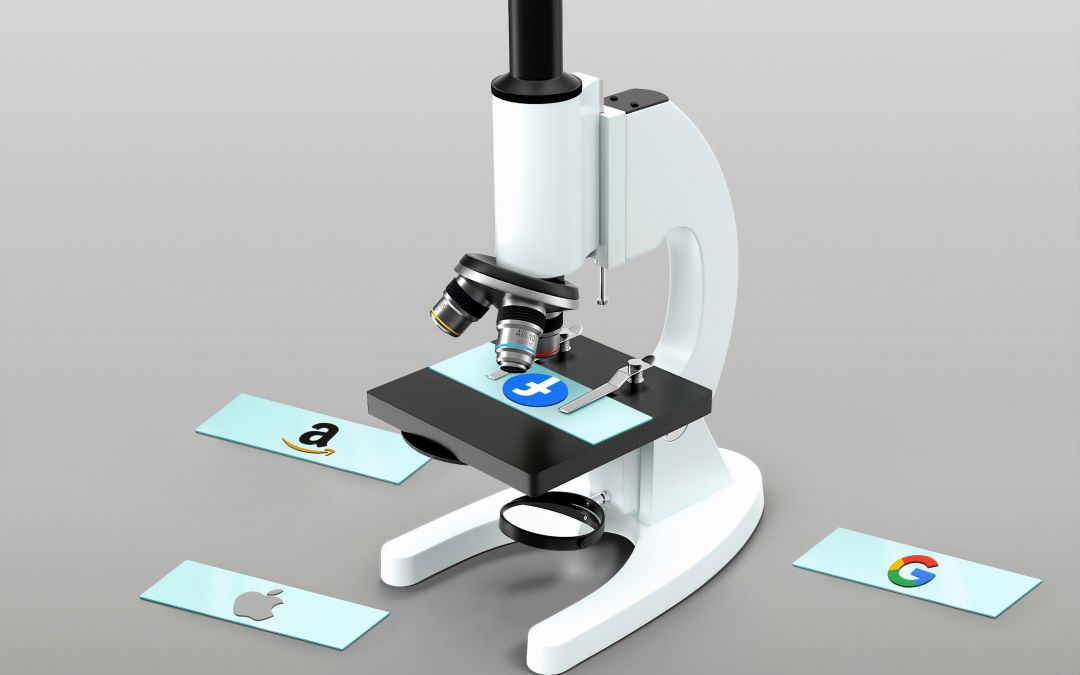 Trust in the digital age, we’re learning, is a fragile thing. Especially when Big Tech uses Big Data. Americans seem to be split regarding the regulation of the big four––Google, Facebook, Amazon, and Apple––but trust, in general, is declining in the digital era. And the historic antitrust hearing today for the big four could be the law that broke the computer’s back.

What is this antitrust hearing, anyway?

Today, the CEOs of Google, Facebook, Amazon, and Apple appeared together before Congress––an unprecedented occurrence. The hearing “came as both parties, as well as international regulators, have increased their scrutiny of tech giants.” The argument? These tech giants have gained too much of a foothold in the market, with too little regulation. And the competition is suffering.

The antitrust hearing first started when the UK government and independent regulators “found that existing laws aren’t up to the job of effectively regulating the country’s digital ad markets.” And with Google and Facebook accounting for more than 80 percent of the UK’s digital ad industry, it’s no surprise that this hearing occurred.

Among other things, the hearing covered three main areas: competition problems in digital markets, assessing if firms are engaging in anti-competitive conduct, and looking at antitrust laws to address the issues.

So what does it all mean? The global ad market could be about to change. More regulation means that these companies will have more skin in the game. They’ll be subject to higher standards, which will impact their bottom line but will also help to increase healthy competition.

For example, Google has been accused of achieving “a level of dominance in the ad tech market that makes fair competition impossible.” In a paper the tech company filed with the Australian Competition and Consumer Division, they argue their process encourages competition and that they have “little incentive to squeeze advertisers.”

But antitrust laws are not about protecting individual competitors. They’re put in place to protect competition and to promote and protect innovation. In the tech world, that could mean more space in the market for other companies besides the big four.

Antitrust laws will have significant implications for these tech giants in the coming years. More regulation in the market could change the way we experience these platforms as well. But the overarching goal is to hold these companies accountable––and to be sure they don’t get too big. Here are the implications for the big four:

Facebook was arguably under the most scrutiny, along with Google, during the antitrust process. The new rules could order Facebook to “increase its ability to operate with other social media platforms and to let consumers choose whether to receive personalized ads.” And experts say that Facebook and Google could be forced “to share ad revenues with premium publishers as a means of addressing the huge disparities in ad market share between platforms and publishers.”

In addition to the $1.62 billion Google has already paid to the European Commission, they will be subject to tighter regulations in the search and advertising markets. This includes their “DoubleClick” ad stack and “whether the algorithms underpinning it contain inherent bias.” Further implications down the line for the search giant could mean changing third-party ads on YouTube, divesting ad-tech assets, and overall change in policies.

Amazon, on the other hand, has “faced heat for the power it wields over third-party sellers on its platform.” With antitrust laws, this could change drastically for the tech giant. Past investigations by the Federal Trade Commission looked into Amazon’s business practices and interviewed merchants who sell on the platform. With antitrust laws, the Amazon marketplace could open for third-party sellers and force the company to alter its business practices for more fair competition.

While Apple was under fire for abusing “its power over app downloads,” Tim Cook has frequently argued that the tech giant was not a monopoly. However, with antitrust laws in place, the company would be subject to less control over its App Store sales–– similar to the 2019 Supreme Court ruling.

The historic antitrust hearing is about more than keeping Big Tech accountable. It’s about protecting consumers and competitors from the dangers monopolies pose in the marketplace. Without regulation, these companies have no accountability, impacting everyone from big competitors to small brands marketing on these platforms. At Savy, our clients are actively using these platforms in their marketing strategies. That’s why we stay up-to-date with current best practices. And if today’s historic antitrust hearing teaches us anything, it’s that there’s always room for improvement.