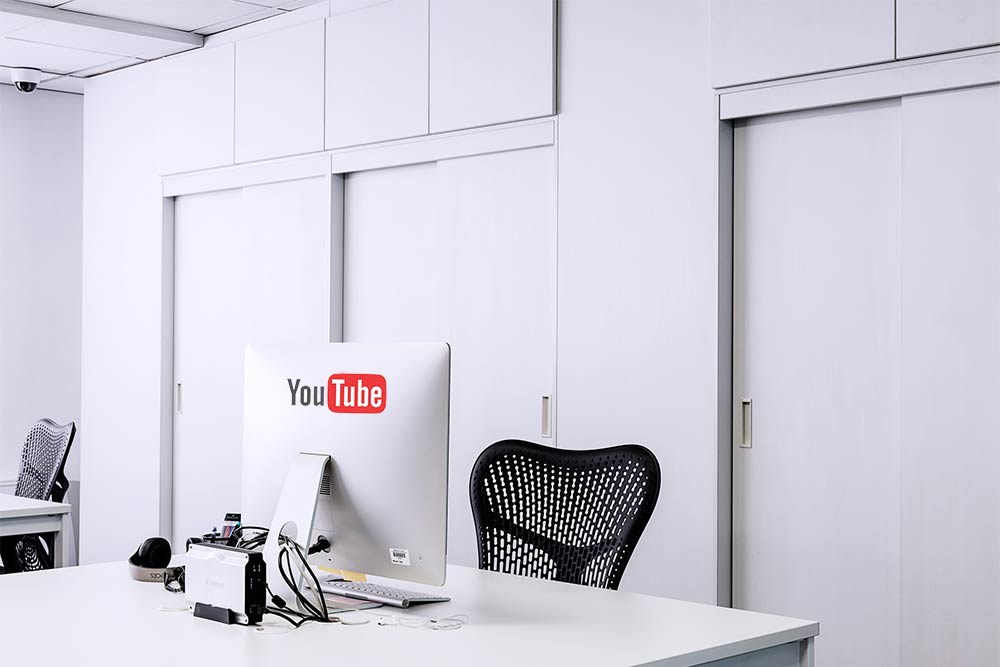 Internet algorithms dictate everything we see online. They’re continually evolving, and sometimes that makes it hard to keep up.  It’s almost as if new algorithms come and go. Just when we think we’ve figured them out, they’re gone as fast as they arrived. But on the other side of disappointment, there usually lies greener pastures—at least we hope so. Unfortunately, the new YouTube algorithm may not have a silver lining for everyone.

Some YouTube content creators may be crying “FOUL,” especially if their livelihoods are on the line. YouTube recently implemented a new algorithm that changes the trajectory of specific content on the internet’s top video-sharing platform. It basically determines whether viewers will or won’t see your content in search engines, recommendations, and more. In short, YouTube’s algorithm decides whether the content is quality or fluff.  The changes haven’t been good for some. Depending on the content of particular creators, “bouncing back” for them may not be so realistic. But what are the differences and what kind of content is the algorithm targeting? How will it affect you?

Ryan “ToysReview” is a 7-year-old boy who plays with toys in front of the camera. And he doesn’t just make money doing it—he’s the top earner of 2018 at $22 million. Fortunately for Ryan, his videos don’t fall victim to YouTube’s new algorithm. Others aren’t so lucky.

Not every content creator needs to fall within this top tier of earners to make a living on YouTube. Some earn a wage that’s on a par with the average salary in the United States. For others, it’s just another source of income that some may consider a “side hustle.” Regardless, there’s money to be made, and YouTube’s new algorithm changes are felt across the board.

Recently, kids’ entertainment on YouTube has come under some serious heat. With few regulations, these videos have historically made a great deal of money via ads. But according to YouTube’s owner, Google, not all content is created equal, especially when it comes to quality. Google CEO Sundar Pichai recently told the public that the company is putting a lot of effort into its YouTube Kids’ app. That means curating the content children are watching because of the recent pressure regarding how accessible “inappropriate” content is. Now before you go screaming, “Big Brother!”, there are some things you should know.

Since YouTube is a free enterprise, they’ve told the public that they’re able to choose which videos pop-up in the Recommended Category or not. Algorithms dictate if your content is worthy of appearing in these specific categories. For better or worse, YouTube believes in curating what they deem to be the highest quality. Whether children are watching content of “high quality” or not, that’s a tough answer. Because YouTube plays things close to the chest with their algorithms, we have to trust that it can differentiate between “good quality” and “bad quality.”

Now that YouTube’s new algorithm decides your content’s advertisement faith, how do you stack up? First, let’s talk about who’s watching what.

Quality of Quantity. Who is Watching What?

How much does Youtube even matter? It’s not as if the Google-owned website is the only site users ever go on, right? According to YouTube, 1.9 billion logged-in users visit their site every month. That’s ⅓ of the internet. It may not be the only website people are spending time on, but it sure represents a big chunk.

Localized in 91 different countries and broadcasted in 80 different languages, people around the world spend one billion hours watching YouTube content every day.

But what generation is it that spends the most amount of time on YouTube? According to Statista, it’s the youth movement. The younger people are, the more they’re watching YouTube videos. Over 96% of 18-24 year-olds (Generation Z) use YouTube, while 95% of 25-34 year-olds (Millennials) watch or use the platform. To put that into perspective, only 50% of folks over 75 years-old watch content on YouTube.

The most significant number is that 96% of Generation Z. After all, they are the future of our industry and our planet, aren’t they? And how about the generation after them? It’s time we take notice and your brand should too—it’s obvious YouTube is doing their due diligence.

Kids’ entertainment is massive in the YouTube world. It’s the #1 most viewed category on the platform. That category also comes with loads of controversy.  Since YouTube has minimal limitations on what people can and cannot post, there’s a question of whether certain content should be accessible for young children. Despite loads of clickbait and inappropriate content, YouTube continually stresses the educational value of its platform.

What comes next after the completion of every YouTube video you’ve ever watched? Recommendations.  Lots and lots of recommendations. This is where the new algorithm kicks in, and why so many content creators are putting up a fuss.

So, who’s in the right? And why are content creators so upset? It’s an ongoing debate where YouTube hasn’t detailed what they determine as “quality educational videos.” It’s leaving some content creators feeling uncertain and it may even affect their livelihoods. It all depends on what the software algorithms are targeting now. According to YouTube, it’s nothing out of the norm.

“We make hundreds of changes every year to make it easier for people to find what they want to watch on YouTube,” Ivy Choi, a company spokeswoman, said in a statement. “We recently made one such change that improves the ability for users to find quality family content.”

YouTube recently took heat for how it polices the spread of troubling videos. CEO Susan Wojcicki believes it’s more important than ever to let people upload anything they want—especially if it’s controversial or offensive.

“A commitment to openness is not easy,” Wojcicki wrote. “Hearing a broad range of perspectives ultimately makes us a stronger and more informed society.”

But don’t take that for granted. It doesn’t mean just any content will start showing up in the “Recommended Category.”

If your brand is targeting families or younger generations, it’s essential that you understand these new algorithm requirements, despite YouTube’s lack of transparency. We can only determine strategy based on results. With 96% of Generation Z watching YouTube, that’s nearly everyone in that age range. You better believe that their children will be following in their parents’ footsteps.

Whose Viewership Has Gone Cold?

The new YouTube algorithm weeds out specific content that the company guidelines deem to be “mindless, addictive content that has no substance or developmental value to the viewer.” These guidelines aren’t exactly clear on what falls under that category, and certain content creators are upset about it.

Tiny Tunes, a cartoon song channel, saw their video views fall almost 80% since the algorithm update. According to the Tiny Tunes animator, YouTube’s recommendation system stopped bringing his videos to the front of traffic. The animator claims his videos are educational, but YouTube staff may have determined otherwise.

When he reached out to YouTube for information about why his videos weren’t seeing the same traffic as before the change, YouTube told him that his page was working as usual. Tiny Tunes doesn’t agree with the response. But this isn’t the only channel to fall victim to this algorithm change, so it’s essential to know where your content might stand.

What Does It All Mean?

In short, how YouTube’s new algorithm potentially affects the success of your videos depends on who’s watching your content. If you’re curating videos for the 18-and-up crowd, then you may not need to worry. But if your videos are considered mindless “children’s” content and are built specifically for “clicks,” then this is absolutely relevant news for your brand.

Creating a brand with quality content is no easy feat. It all depends on what your goal is and how you execute it. To avoid falling victim every time a new algorithm is churned out, the best strategy is to develop quality content that says something meaningful.

Does meaningful mean your content is providing information, or does it mean you’re entertaining people who are watching your video? Who’s your audience? And what does your brand mean to them? If it’s children, how YouTube judges your content could mean the difference between your brand’s success or failure.

Children have and always will be the future of our world. What knowledge they take with them could be from your high-quality content and brand. Or it could be left behind as just another video that doesn’t collect views, falling deep into the archives of YouTube’s massive catalog.

Now, how do you adjust? We have some suggestions.

Create a brand that educates and delivers a service while saying something meaningful to your specific audience. Don’t take shortcuts or skimp on what you’re providing viewers. Even algorithms can tell when something is just plain old fluff. Take the time and deliver something engaging yet thought-provoking. It’ll be that extra time you take that will make the true difference. Remember, content is KING and it will either make you or break you. Quality over quantity wins every time—at least according to YouTube.