The Need for Progressive Web Apps in the Changing Brandscape 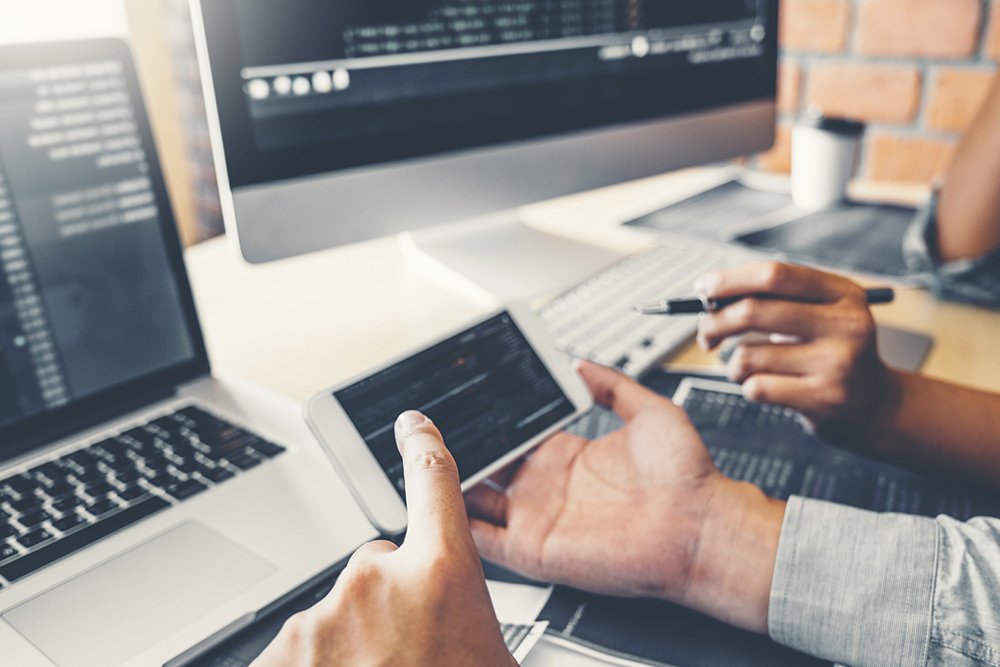 Remember that old iPhone commercial that had the catchy phrase, “There’s an app for that?” When applications began crowding screens, developers knew they were onto something. Over the years, consumer needs have changed to be primarily mobile, to have instant results, and to have easy and pleasant user experiences. The world of coding is also continually changing to respond to these needs. Progressive web apps are one of the newer advancements that are, in some cases, considered the future of the mobile web. But what exactly is a progressive web app? And why should your brand consider it over more traditional options?

What are progressive web apps?

Progress web apps (PWAs) use the “latest technologies to combine the best of web and mobile apps.” In other words, these pieces of code are built using web technologies but act and feel like an application. Think of a website that you’ve browsed and the “Add to Home Screen” banner appears, like on Instagram. This message is indicative of a PWA. When you choose to add it to the home screen, the “‘application’ installs itself in the background’ of your mobile device.

And because PWAs bring the app experience to the mobile web, they “can be an extremely efficient way to deliver your digital experiences.”

Most of us are familiar with the native apps that we can download from the App Store or Google Play. When compared to PWAs, native apps “launch in their own standalone experience.” Native app benefits include speed, ability to work offline, and a “recognizable look and feel.”

Yet, current statistics show that these apps lose 20% of their users for every step in the process. From the first contact to first use. So while native apps might have been the tried and true option for coders and branders alike, that’s a pretty significant disadvantage.

PWAs function similarly to a traditional application but come with a few notable advantages. They can be created in less time, all users can run the same version of your website’s code, and they’re generally easy to deploy and maintain. The main capabilities they provide are that they’re consistently fast, have an integrated and seamless user experience, are reliable, and engaging.

Plus, when compared to native apps, PWAs can be developed and deployed in less time and with less money. For your brand, this can mean the difference between gaining and losing customers.

Why the need now?

Progressive web apps can offer the speed, safety, and reliability that users are looking for and can help your brand stay relevant. They are now being coined the “future of the mobile web.” And they are becoming the choice application for developers and branders. Now more than ever, brands need to respond to customer needs quickly. And the costly traditional app route most likely won’t cut it in the short term.

Nikkei is often used as a case study to show the immediate impact of PWA implementation. The 150-year old publishing company had faster speeds and load times. As well as “a 2.3x increase in organic traffic, a 58 percent increase in subscriptions, 49 percent more daily active users, and twice as many page views per session.” Those numbers alone show the positive impact of implementing a PWA. Not to mention that “the Internet is of the opinion that you need PWAs to make life easier for customers.” The ease of use combined with their core capabilities makes PWAs a solid choice for brands that want to reach customers quickly. Plus, it gives them the user experience they’re looking for.

How to develop a PWA

We fully acknowledge not everyone is a coder or developer. But when creating a PWA, it must meet the basic criteria:

Run under HTTPS: Hyper Text Transfer Protocol Secure (HTTPS) is simply the secure version of HTTP. When using this for a PWA, it means that “all communications between your browser and the website are secure.”

Include a Web App Manifest: This file “gives meta-information about the web app” like the app’s icon, background color, and app name.

Implement a service worker: If you’re unfamiliar with service workers, they “are event-driven workers that run in the background of an application and act as a proxy between the network and application.” They also aid in loading data for offline use.

If this section is a foreign language to you (and, yes, coding is a language!), then the developers at Savy can help. Our team of experienced coders use best practices and the latest technology to create responsive and reliable web applications.

Progressive web apps are relatively new in the brandscape, but not untested. These examples show the brands’ motivations behind implementing a PWA. As well as the positive results they created for both the brand and its users.

Starbucks created their PWA to deliver an accessible and user-friendly online ordering system. In this case, their PWA worked in conjunction with its native application but helped users to browse the menu, customize their order, and add it to their cart while offline.

This option allowed the beverage company to connect with customers who might have spotty connectivity throughout the day or live in more rural locations. Overall, the PWA resulted in a 94% increase in downloads and doubled the daily active users. Plus, the rate of the desktop to mobile orders was almost the same.

Forbes created its PWA with a similar motivation in mind: to improve the mobile user web experience. The news company understood its consumers and their user habits and responded to their needs with the PWA. As a result, it led to a 43% increase in sessions, a 20% increase in impressions per page, and a shocking 100% increase in engagement rates. Forbes alerted its users to the new PWA “through the use of push notifications and an option to add the Progressive Web App to home screens.”

Although Pinterest also has a native application, the company “noticed its website experience was slow and converted only 1% of all visitors into sign-ups, or mobile app installs.” So, they created a progressive web app to fill in the gaps. The results? The company’s PWA led to a 40% increase in time spent on the mobile web, a 50% increase in ad click-throughs, and a 60% increase in engagement.

Last but not least, the popular dating app Tinder implemented a PWA they called Tinder Online. The primary motivation for the company was to “move forward with the latest market trends” and respond to user needs. As a result, its PWA took up much less space than its native app development and optimized performance. Not to mention that the company delivered its PWA at a lower cost than its native app.

Whether your native application is not working to cover your brand’s needs or you are attempting to address current or future user experience flaws, progressive web apps might be part of your brand’s future. As the brandscape changes, consumers are looking for options that meet their current needs. As such, PWAs can offer a reliable, fast, and integrated solution.