3 Brands That Are Crushing Experiential Marketing 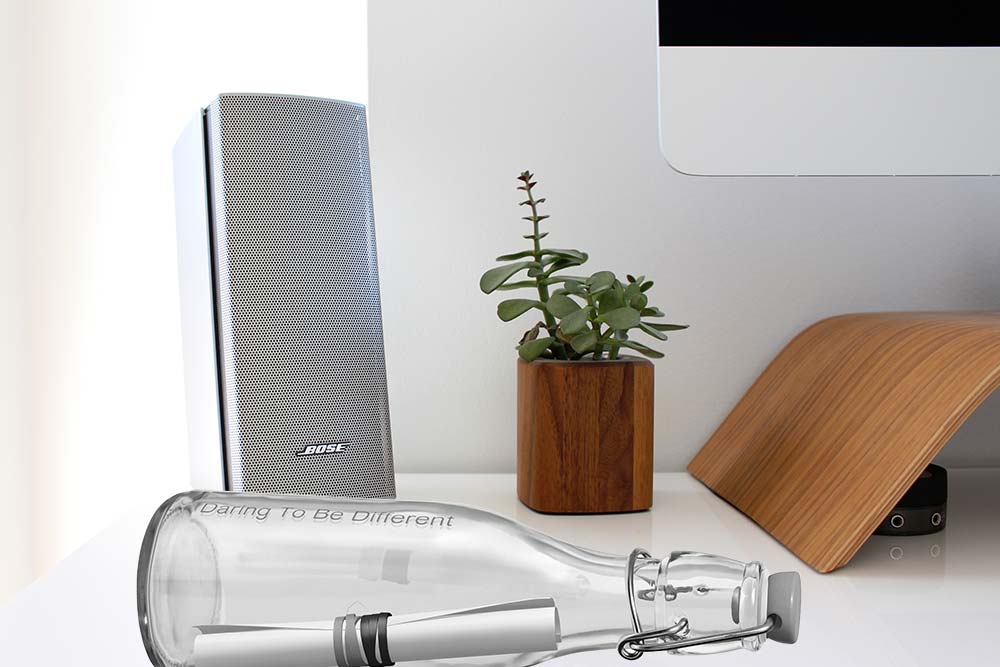 Future generations of humanity almost always experience the world in vastly different ways than their predecessors. For instance, the number of major differences between generations like the Baby Boomers and Millennials can be staggering. Whether it’s because of global events that influence the times, or the speed in which technology constantly moves us forward, the world we come into is never the same as when we leave it. Take, for instance, experiential marketing.

Now you can experience the world through the screen of the latest smartphone or hop on a plane for a yoga retreat in Bali. Life is a whole lot different than it was 50 years ago.

One of the biggest differences is how Millennials choose to experience the world around them. The key takeaway here is “experience.” Unlike any other time in history, Millennials choose the value of experiences over buying things with expiration dates. And companies like Airbnb and Lululemon have taken notice. By promoting brand recognition through epic travel adventures and large-scale yoga events, businesses are tuning in. To quote the cross-generational folk hero, Bob Dylan, “The times they are a-changin’.”

But before we go diving into what experiential marketing strategies these companies are using, let’s take a look at how we got here.

From collecting stuff to shaking things up

It may be hard to remember now, but there was a time that not everything was about experiencing the world. For one, the international landscape in the mid-1900s looked very different. There were multiple major wars and devastating travesties that hindered global travel. People craved the return to a comfortable existence raising their families while tending a small garden. As a result, following World War II, the United States took the lead in a much-needed reconstruction of the global economy. A global trade market was created, and the market began to “rebuild.” This paradigm shift transformed the way humanity consumes the goods and services of the world.

Out with the old, in with the new

According to Forbes, gross national production rose by 36% while personal consumption climbed along with it at 42%. In the time of the Baby Boomers, this rise brought about the corporation. Personal milestones became a measure in how many things one person could collect by a certain age. Whether it was a new car or a personal tv set, an individual’s status was determined by how much expensive stuff they owned. The trend continued well into the 21st century until the next financial downturn would take the world by storm.

Following the Great Recession of 2008, the economy’s paradigm shifted yet again. New generations like Millennials and Generation Z witnessed the lives of their Baby Boomer parents crumble under financial ruin. Huge mortgages, unpaid debts, and impractical loans on too many things defined their life experiences. The idea of owning stuff didn’t seem so attractive anymore, and Millennials broke the trend.

So what new ideology would take hold? And how would surviving businesses react? Most importantly, what did the future of industry look like and who was taking center stage? The future of Big Tech was finally here.

According to a recent study on intergenerational consumers, 74% of Americans prioritize experiences over products—and that number continues to grow. With the rise of social media platforms like Facebook, Twitter, and Instagram, this change has given birth to innovative business models. Jobs like “Influencers” allow people to generate income as they experience the world. Influencers are people who get paid to share their experiences online while promoting brands, products, adventures, and more. Not only are users traveling the world unlike any other time in history. They’re getting paid to inspire others to travel too.

The “experience economy” is all about sharing moments over social media and making your life epic. For Millennials and Gen Z, buying things just doesn’t make sense. Forgoing the burden of a massive mortgage and an expensive car loan, Millennials have changed the global economy.

If a company is still prospering through multiple economic downturns, it’s likely they’ve recognized this shift in consumer appetites. Well-established brands like McDonald’s and Coca-Cola don’t stay deeply rooted in consumer culture without the ability to adapt. And newer brands, like Airbnb and Lululemon, don’t evolve into absolute powerhouses without harnessing the experience economy. How they’re crushing experiential marketing is a story in itself.

Maintaining your brand and building it up into the next Coke or McDonalds are two different things. Through innovative experiential marketing that’s both brand-defining and most importantly, fun, these three companies are pushing themselves to the forefront of the modern economy.  Here’s what they’re doing:

Airbnb might be a household name these days, but ten years ago their home-sharing business model revolutionized the hospitality industry. Now, they’re aiming even further.

In November 2016, Airbnb CMO Jonathan Mildenhall told the world about how the company would redefine experiential marketing. According to its website, the online lodging app is a “community built on sharing.” But Airbnb isn’t only offering homestay options for the everyday traveler. Now they offer experiences to go along with it.

But how does Airbnb market these experiences so that they’re not just another online travel agent?

Mildenhall believes Airbnb “democratizes” travel, creating greater access for everyone to experience the world. So when social media giant, Facebook, approached Airbnb about partnering on a new project, you better believe Mildenhall bent his ear.

Together, the two entities created six different trips in as many countries. The trips were then simultaneously broadcast over Facebook Live promoted as Airbnb Experiences. Taking place in locations across the globe—in cities like Miami, Paris, and Tokyo—Facebook users could tune in and watch the experiences unfold. Through this unusual marketing strategy, Airbnb hoped that inspired viewers would book their next trip abroad through the company’s website and follow similar itineraries.

After launching around 500 similar experiences in 2016, the company says its gamble is paying off. With over 30,000 trips running in 2019, Airbnb Experiences saw a 295% increase in growth with seven times the bookings year-over-year. That means more travelers than ever are redefining the way they see the world through Airbnb.

CEO Calvin Mcdonald said it himself—he views the major yoga brand player as more of an experiential brand than a lifestyle one. How Lululemon embodies that ethos is an experience in itself.

Through curated experiential events, the company defines itself as a “community hub.” Stores in Chicago feature yoga studios, meditation spaces, healthy food options, and space for community gatherings. Lululemon hosts 4,000 events worldwide and expect to host even more in 2020. According to the Vancouver-based apparel company, experiencing the brand is all about encountering three elements: Sweat, Growth, and Connection.

Their entire ethos is built on experiencing the brand by using the products—resulting in a stronger bond between the company and the consumer.  As Lululemon continues to develop, they hope the experience of their customers will grow along with it.

The days of the company only selling colorful yoga pants and breathable shirts are a thing of the past. By 2023, 10% of their entire product fleet will be considered experiential, which means more Lululemon yoga retreats, running clubs, and 5ks.

If you’re like the other 139 million subscribers watching Netflix, then you’ve probably heard of the hit t.v. show Stranger Things. Over 26.4 million viewers watched the 1980s-based, season three of the science fiction series this past summer.  With a certain amount of nostalgia tied into the show’s storyline, Stranger Things product placements opened doors for other marketing ploys. By implementing the “New” Coca Cola and Kellogg’s Eggo Waffles, it reinvigorates brands with existing audiences while creating new fans. But ice cream brand Baskin-Robbins took it a step even further.

What may have led to an increase in the shows 2019 viewership was the ice cream chain’s recent partnership with Netflix. In advance of the shows 4th of July premiere, Baskin-Robbins created a Scoops Ahoy Ice Cream truck—an idea based on a popular setting in the show’s third season. A month before the season premiere, the truck traveled the West Coast serving fans frozen delights that blurred the lines between strange and delicious. On top of featured flavors inspired by the Upside Down, some menu items included a Demogorgon Sundae and an Elevenade Freeze drink.

The marketing partnership was successful for both sides. To experience a brand through your tastebuds isn’t something exclusive from one generation to the next. But you better believe Millennials and Gen Z were sharing this flavorful experience over social media every chance they got.

So what’s to come?

Not all experiential marketing needs to involve industry giants like Facebook or ice cream trucks that partner with Netflix. It’s as simple as promoting your brand with experiences that your customers will enjoy. Whether that’s creating a Youtube channel with a new episode every week or building your company into an online brand community, experiential marketing hits the right keys with tomorrow’s consumers.

The times they are a-changin’ and your company’s marketing strategy should consider following in stride. Don’t worry, it’s never too late to start. Things will always change fast, but experiences last forever. So how will they remember you? That’s dependant on what you do, not on what you sell.