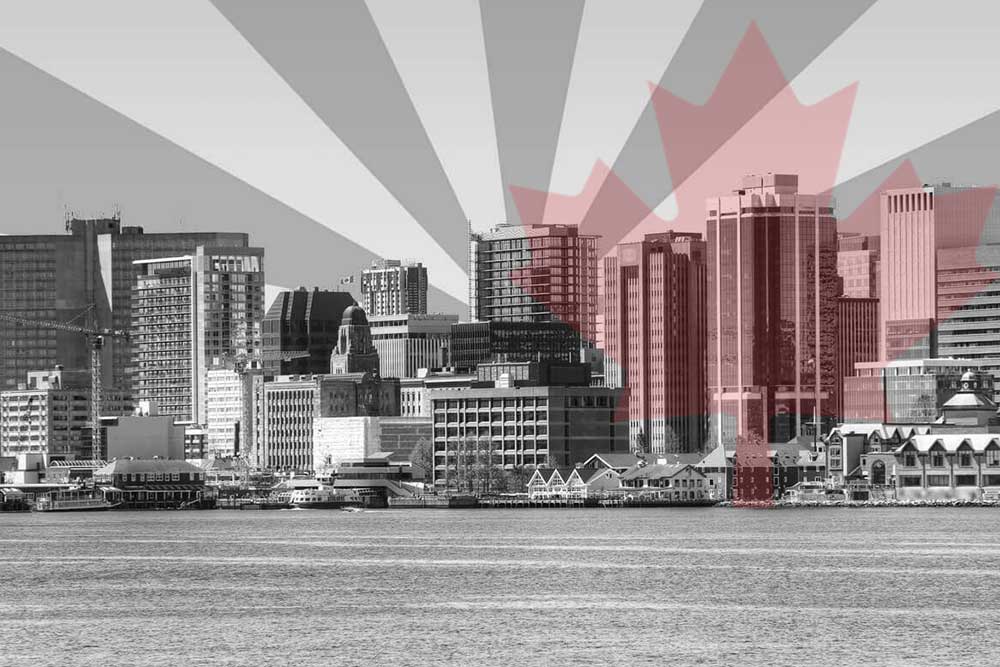 Autonomous vehicles. Smart cities. Green energy. Wearable tech. If you’re looking for the next hub of innovation, we’d recommend looking North. Long known for its progressive attitude towards artificial intelligence, health care, and clean technology, Canada also boasts one of the fastest-growing startup scenes in the world. According to Forbes contributor Bijan Khosravi, the country is well on its way to being an entrepreneurial powerhouse. From Toronto-Waterloo’s reputation as the Silicon Valley of the North to Vancouver’s government-sponsored tech boom and support for startup marketing, Canada is topping charts and ranking in Best Of lists. “Canada’s warmth toward people and startups looking for opportunity has never been more visible—and impactful,” writes entrepreneur and tech investor Salim Teja.

Of course, Canada has long been a quiet front runner of technological innovation. Originally known as Research in Motion (RIM), the Canada-born development company more commonly known as BlackBerry became a household name in the 2000s. In 2008, BlackBerry’s value was over $80 billion, and at its peak in 2013, over 85 million global users relied on BlackBerry’s iconic devices to manage their daily schedules and communication. Though the tech giant has since fallen behind competitors like Apple and Android, Reuters believes that BlackBerry’s meltdown may have had an overall positive effect on the country’s startup community.

So, how has Canada positioned itself as a global leader in entrepreneurship?

One major factor might be the country’s approach to innovation in major industry. After attending Invest Canada 2018, Khosravi writes, “[Canadians] are actively looking to the next big industries while still innovating in the traditional ones.” This is perhaps most evident in the country’s approach to energy production. While oil and gas have long been pillars of the Canadian economy, well-funded startups have positioned the country as a global leader in renewable energy. From solar panel development to waste-transformation efforts, Canada’s top fifteen renewable energy startups have amassed over $746 million in funding.

Even more impressive may be Canada’s rapidly growing cleantech industry, which the Financial Post calls their best-kept secret. Canada’s nearly 700 cleantech companies employ upwards of 41,000 people and generate $11.3 billion annually. And these cleantech startups are helping reshape the oil and gas sector, transforming traditional industries into more sustainable, socially responsible undertakings. Other forerunners in Canada’s startup field include cannabis, an innovative and life-changing digital health market, and the proactive role the country is taking in pioneering sustainable, smart agriculture.

Strong governmental and educational support systems drive much of this growth for entrepreneurs. The Canadian government financially encourages startup efforts on both a national and local level. Tax breaks, credits, and refunds incentivize an entrepreneurial culture, while incubators, funded by government grants, are embedded in major universities. One of the most well-known programs is the Scientific Research and Experimental Development Tax Credit, which offers refunds of up to 65% of Research and Development (R&D) costs. This R&D credit, available to any company that develops a new product or service, helps offset the financial uncertainty that often slows innovation.

Canada’s university system provides yet another avenue for support when it comes to startups. Institutions across the country provide the space and ideas to flourish. In 2010, Ryerson University founded the Digital Media Zone (DMZ). As the #1 university-based incubator in the world, DMZ has helped grow 388 startups since their founding less than a decade ago. DMZ, and other incubator/accelerator programs like them, pride themselves on matching entrepreneurs with mentors on a global network, creating a unique worldwide community of creators. In fact, according to a recent report by Venture Vancouver, Canada is home to seven of North America’s top business incubators.

Another recent example of universities supporting the startup initiative is Olds College, leading the charge towards sustainable farming with the 2018 launch of the Olds College Smart Farm. This ambitious program allows students to work hands-on with cutting edge agricultural tech, develop new software and equipment, and make evidence-based decisions to improve agricultural practice. In addition to university-based incubator programs, Canada has several impressive networks connecting creators to mentors and investors. The Ontario Network of Entrepreneurs (ONE) connects entrepreneurs with expert consultants to help start, grow, and finance businesses. A fall 2017 report showed that the ONE has helped over 5,600 Ontario entrepreneurs launch their business. MaRS, a self-proclaimed “launchpad for startups, a platform for researchers and a home to innovators,” has over 1,200 startups in their ecosystem, and show no signs of slowing down.

All of this sets the stage for a collaborative, cooperative brand of entrepreneurial success—a success that relies less on the one in a million “unicorn” startups, and more on the strong, steady thrum of entrepreneurial progress. Considering Canada’s long-standing reputation for politeness and decorum, it should come as no surprise that the country is working harder than ever to level the playing field and create one of the world’s most diverse workforces. In addition to being Canada’s financial hub, Toronto is one of the most multicultural cities in the world, with over 230 different nationalities calling Ontario’s capital city home.

“About 46 percent of Toronto’s entrepreneurs are aiming to ‘change the world,’ a number that is well above the global average,” writes Vartika Manasvi, a correspondent for YourStory and that helps set the stage of the disruptive brand mindset required to do so. “Diversity is one of Toronto’s main strengths—it is home to virtually all of the world’s culture groups with over 180 languages and dialects. Canada ranks first with 13.5 percent female entrepreneurs setting up new businesses.” Recruiting globally, Canada has welcomed 800,000 immigrants each year for five years to meet the growing demand for international talent in all industrial sectors. It is clear that Canada is committed to creating a more competitive workforce that leverages a broad range of experiences and perspectives.

To see how this plays out, we looked at how the Canada’s startup scene stacks up against the US, the UK, France, and Germany

With a system that rewards innovation, encourages collaboration, and supports diverse, global entrepreneurship, it’s no surprise that Canada’s startup scene is on the rise while a wave of Canadian founders are building companies not just out of Canada but all over the world.

So, what can these companies do to continue to develop as the Silicon Valley of the North and become (and stay) a global leader?

Continue an innovation mindset and keep startup marketing at the forefront of product development.