Don’t @ Me: The Dos and Don’ts of Brands Interacting on Social Media 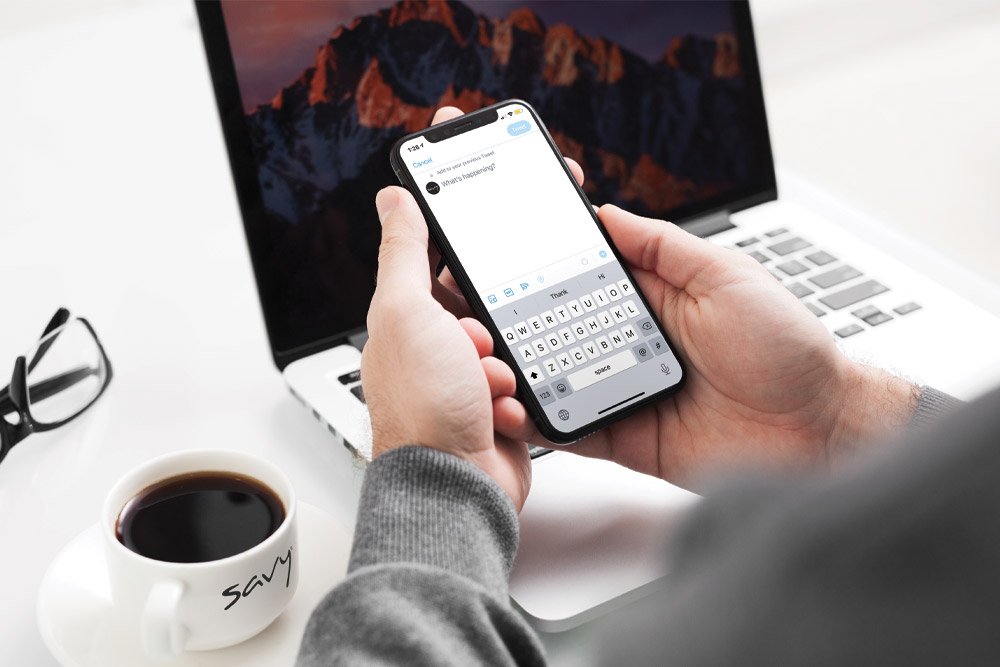 So, how do you perfect this art form? And how much is too much when interacting with your audience or responding to comments? Is there a right or wrong way to use social tools? In a word, yes. Let’s get started.

As of 2019, eleven of the main social media channels had at least 200 million users each. With WeChat, Instagram, YouTube, and Facebook in the billions. These numbers might make your “brand reach meter” go off the charts. But don’t rush out to create accounts. Each platform has pros and cons that impact your brand differently than another brand. When choosing which channels to be on, it’s important to think of the types of people who use that platform, and the type of branding you want to do.

For instance, if you have a clothing brand, something like Instagram will likely be more useful to you than Twitter simply because Instagram is an image-forward platform. Twitter, on the other hand, could be great if your brand needs to differentiate its voice in a saturated market (i.e., a chip company).

Before social media, brands had to host in-person events (imagine!) to connect with audiences genuinely. Now, it’s all too easy to connect with your fans across the world in a manner of seconds. In fact, your consumers expect you to communicate with them online. Recent stats show that “74% of people now follow brands on social media––and 96% of those who do follow brands also interact with them on social platforms.”

Connecting virtually with your audience gives you the option to develop a rapport with them. These interactions build trust, add depth, and reveal aspects to a brand that consumers might not otherwise know. Such aspects could be your corporate social responsibility, brand purpose, and upcoming events.

Another major benefit of social media? Enhancing brand loyalty. A recent study showed that “brands and customer satisfaction are both positively related to users’ behavioral loyalty.” Through social networking on these platforms, you can positively interact with your customers. Plus, you have the opportunity to show off your human side––something that consumers now actively seek out.

The dos and don’ts of brand interaction on social media require a bit of strategy. The first order of business is choosing which channels your brand should use, and which audiences to target within each channel. For example, you might take on a slightly edgier tone on Twitter than you do on Facebook. You also might share different types of information on each channel, which changes your interactions. Having separate accounts means you are “able to hyper-focus your branding, cater to a specific audience, and serve up relevant content.”

The next consideration is the different types of interactions your brand can engage in. Besides using the platforms for their primary function––tweeting and posting videos, images, or text––you can interact through comments, likes, retweets, and @ing someone. Direct messages (or sliding into the DMs) are another way to interact on social media but in a more one-on-one setting.

In the real world, social etiquette means saying please and thank you and a host of other good manners. Social media etiquette similarly requires good manners, but when you’re interacting as your brand, there are more Dos and Don’ts to keep in mind.

Stick to your brand’s core values: Your core values should hold across all channels and brand touchpoints, whether online or in person. When interacting on social, keep your core values in mind. For example, if one of your core values is respect, it’s probably best to keep snarky answers out of the equation (even if other brands can get away with it).

Respond appropriately and with a strategy in mind: When interacting on social, it’s always best to have some sort of conversation around the interaction. Your audience will not always comment accurate or kind things on your accounts. It’s in your best interest to figure out with your team when you should and shouldn’t respond and what you will say. If you do respond, always keep it civil (some things can even be answered with a gif).

Be kind and consistent: Even though you may have a slightly different tone between social channels, your brand persona should remain consistent. Especially because “60% of US millennials expect consistent experiences.” Whatever persona makes sense for your brand, keep it kind and productive.

Respond without thinking: It’s true that you should respond on social media pretty quickly (everything is instant these days), but you definitely should not sacrifice time for quality. Take an extra moment or two to give your consumers the response they deserve.

Forget your brand tone: Brand tone includes everything from your “company catchphrases, personality traits, and vocabulary.” If the person responding or retweeting on your account does not have the same tone of your posts, people will notice.

Make promises you can’t keep: It might seem like a good idea to make flashy statements in a comment (especially if someone in your audience is upset), but if you can’t back it up, then you will lose brand trust.

With new media platforms come new ways for brands to interact. The biggest brands in the market have embraced these new technologies, some with epic responses and others with epic backlash. And while most of our examples show the more humorous responses, they also show the more human sides of these brands. Here are some of our favorites:

When it comes to quirkiness on social media, Pop-Tarts is one of the front-runners. They “like to ‘toast’ their fans,” which is their version of roasting them. Case in point: their response to a random Twitter account showcasing a s’mores made with Pop-Tarts was “This is more beautiful than my ex which doesn’t really say much tbh I never needed you but anyway this is nice.” They stuck with their voice, retweeted content that furthered their brand, and added some humor to their channel.

On the other hand, Netflix made a social interaction misstep when they trolled users with this tweet: “To the 53 people who’ve watched A Christmas Prince every day for the past 18 days: Who hurt you?” While their tone was on brand, people felt creeped out that Netflix was monitoring their watch history.

In keeping with their educational, but cheeky, tone, Merriam-Webster received a tweet that said: “why don’t you just add ‘funner’ to the dictionary you monsters.” Their response?: “Why don’t you look words up before complaining to the dictionary?” Their responses seem to be an effort to “transform their public reputation from a dull reference material to a vital source of trivia and current events.”

It’s true that “social media is becoming an engagement channel.” It also is opening up the playing field for brands and giving them a chance to interact with their audiences in ways that were previously unavailable. But you know what comes with great power. Interacting responsibly on social media means you follow the dos and don’ts of social etiquette. But have some fun with it. Social media is, after all, about creativity.