User Generated Content: What It Is and Why It Works 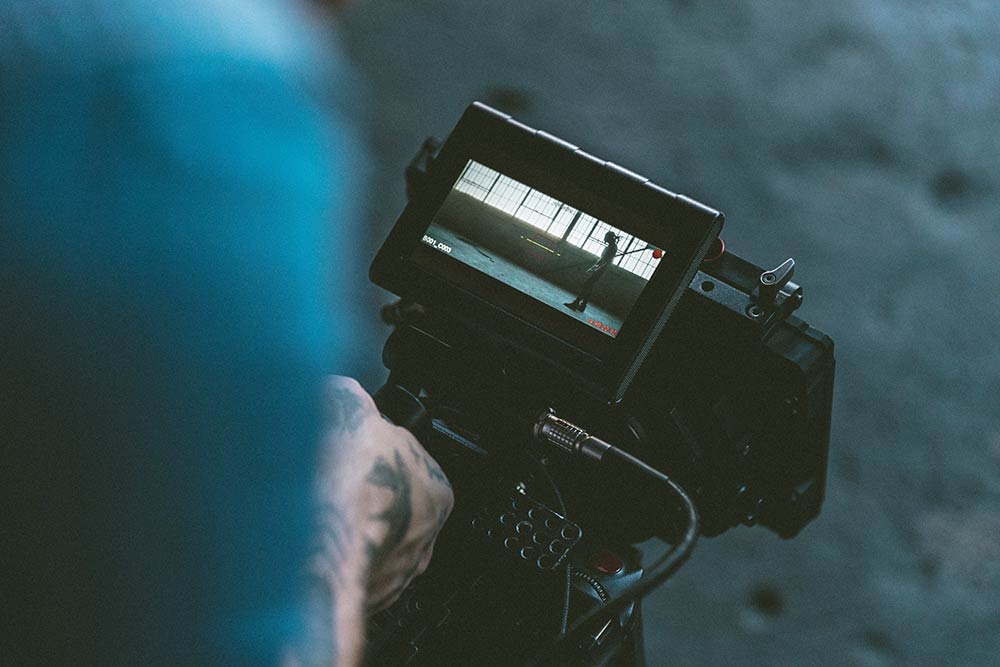 “The secret to the campaign’s success was that it required participation from millions of people around the world. ”

In 2012 Pete Frates, a lifelong athlete and previous professional baseball player in Europe, was diagnosed with ALS. He was 27 years old. ALS, also known as Lou Gehrig’s disease, is a progressive neurodegenerative disease that affects the neurons responsible for motor control. Despite its severity, it has no treatment and no cure.

Pete’s mom Nancy recalls that upon hearing his diagnosis, Pete took charge. “6 hours later, after diagnosis, we’re sitting around having a family dinner.” She says in her TEDTalk. “Then our leader, Pete, set the vision and talked to us just like we were his new team.”

“He goes, ‘We’re not looking back, we’re looking forward.’” Nancy remembers on the TED stage.  “‘What an amazing opportunity we have to change the world.’” Nobody could have known then that Pete’s vision would give rise to the Ice Bucket Challenge, a viral campaign that raised $115 Million for ALS research in its first year.

Five years later, celebrities and influencers around the world have posted their Ice Bucket Challenge videos. The funds they’ve raised contributed to the discovery of new genes, new treatments, and new hope for the ALS community. Plus, the Frates family turned a relatively unknown, underfunded, and under-researched disease into a household name and a viral hashtag.

What we can learn from the Ice Bucket Challenge

Would the Ice Bucket Challenge have been such a success if the Frates family hired a professional film crew and churned out their own ice bucket challenge videos, day after day? Absolutely not. The secret to the campaign’s success was that it required participation from millions of people around the world.

It’s no secret that the digital age has created an obsession with content: social media hosts countless photos, videos, statues, and links to endless articles. Companies produce content at breakneck speed to stay relevant and reach consumers on an infinite number of channels, platforms, and touchpoints. And not just any content will suffice. Everything needs to be fresh, relevant, and of course, authentic. Still, according to Beckon Research, just 5% of posts receive 90% of consumers’ attention. That means for every 20 pieces of original content companies create, only 1 gets people to slow their scroll and engage.

One thing we can learn from the Ice Bucket Challenge is that attention equals awareness. And one of the best ways to generate attention (instead of turning your copy department into a publishing agency of unread blog posts) is to harness the power of user generated content.

User generated content (UGC) appears everywhere, every day. In its simplest form, UGC refers to content created by the people who know your brand best— its fans. Using UGC allows you to outsource content creation to users, who in turn promote your brand and raise awareness about your products and services. Most often, UGC is visual and connected to a social media account, though it can also refer to blogs and long-form product reviews.

And as technology and social media continue to expand, so do the potential channels for UGC. Damien Mahoney, the co-founder and CEO of Stackla, notes in a recent Forbes article: “Thanks to the ubiquity of smartphones and social networks, everyday people have become the world’s greatest content creators, capturing and sharing their unvarnished brand experiences in real time. And, as it turns out, this is exactly the type of content people actually want to see and interact with: user-generated content (UGC).”

With a whole society built around self-publishing and word of mouth promotion, UGC has earned its place as marketing’s next big thing. But why are these campaigns so successful?

Tapping into UGC is free

Whether we’re snapping photos of our latte art or live-tweeting shade through the Game of Thrones series finale, self-publishing has become a part of our everyday lives. In fact, between Facebook, Instagram, Instagram Stories, Flickr, Snapchat, and WhatsApp, we post a staggering 1.8 billion images every day. With so many people telling so many stories, it’s no wonder that organic conversations about brands (and more importantly, brand experiences) have snowballed.

Best of all? Those conversations don’t cost a dime. Compared to traditional advertising methods, which are increasingly expensive while generating fewer returns, UGC is a free resource. Whether you decide to reblog, retweet, or more actively curate the content, you’re not paying for expensive photo shoots and video editing. Plus, studies have shown that UGC amplifies the impact of your paid advertising. According to a CrowdTap report, word of mouth (including UGC) can boost the impact of paid advertising by as much as 15%.

It is automatically authentic

Today’s consumers aren’t looking for picture perfect, airbrushed content. In fact, studies show that most millennials (who are quickly becoming the most significant consumer demographic) distrust overt advertisements. 63% of consumers said they’d rather buy from a company they consider to be authentic over a competitor.

Today’s digital natives crave authenticity, and they’re not afraid to clap back against something they deem disingenuous. For example, Pepsi’s 2018 ad starring Kendall Jenner. In trying to play to relevant social themes, many believe the company grossly misstepped by using protest imagery to sell soda. The outcry on Twitter was brutal enough that Pepsi pulled the ad and issued an official apology.

Compare this to Coca-Cola’s recent “Share a Coke” campaign, and you can see the difference. While both ad campaigns called for unity and peace, Coke invited its users to contribute to the conversation. Within the first year, Coke’s fans shared more than 500,000 photos using the #ShareaCoke hashtag. The campaign became one of the most successful in Coke’s marketing history, precisely because it encouraged its consumers to become brand storytellers.

Today’s consumers value self-expression, storytelling, and personal connection. This may be why Tint, in 2016, wrote, “[UGC is] a tool that can be used to create trust and a sense of authenticity amongst your website visitors and social media followers, and in time, it can help your brand to create an engaged and loyal community.”

Consumers trust each other more than they trust advertising

Word of mouth advertising has always been a powerful tool when it comes to brand awareness. Now, in the digital age, those conversations between family and friends have global reach and impact. More than ever, consumers are looking for “social proof,” or endorsement from another living, breathing human being.

As many as 92% of people trust a recommendation by another person (even if they’re a stranger) over an advertisement from a brand. Statistically, users will repeatedly ignore the same “sponsored” ad on a site but might click through if a friend shares it. UGC works as social proof, with everyone that’s engaging with your brand online essentially vouching for you and your products.

Of course, UGC comes with its own unique risks

In the internet age, when we share content with the click of a button, understanding intellectual property rights is trickier than ever. Does the content belong to the public? To the user? To the company that’s been tagged? Properly managing the legal rights to photos is crucial. Be sure to always get permission from the content’s owner before blasting it across your website or social media. Companies that fail to do so may find themselves in the same hot water as Crocs did in 2015.

As with any ad campaign, there’s the potential for UGC to backfire. For many, McDonald’s 2012 Twitter campaign #McDStories serves as a cautionary tale. Hoping to elicit heartwarming stories, McDonald’s called for Twitter to share their most memorable McDonald’s stories. The results ranged from humorous to downright disgusting. Though they pulled the campaign within two hours, the hashtag continued to gain steam, demonstrating just how difficult it can be to slow down a runaway UGC train.

“Learn to leverage it all: the good, the bad, and the ugly”

During this most recent Memorial Day Weekend, the U.S. Army experienced similar backlash. However, instead of pulling the campaign, they turned their #bashtag moment into an opportunity to engage with their community of veterans and families more deeply.

The conversation began after the U.S. Army tweeted a video of Pfc. Nathan Spencer talking about how service changed his life for the better. According to the 10-second clip, the army allowed Spencer to serve something greater than himself; to give to others and protect loved ones. The follow-up tweet asked a simple question: “How has serving impacted you?”

They received thousands of responses that painted a devastating picture of veteran support systems and the costs of war. In response, the U.S. Army thanked those who shared their stories, vowed to take care of its members, and shared resources for those who are struggling.

The lesson for UGC marketing? It’s crucial that brands learn to leverage it all: the good, the bad, and the ugly. Today’s users appreciate when their feedback is heard and admire responsiveness and authenticity.

In today’s digital age, content needs to be socially-responsive and on trend. Brands no longer have the luxury of mapping out months- or years-long ad campaigns. Instead, brands that want to keep current with their customers need to invite them to join the conversation by tapping into the power of User Generated Content.

The power of UGC is easy to see,” according to Tint writer Jose Angelo Gallegos. “And there’s no doubt that we’ll be seeing much, much more of it in the coming years as brands tap into the power of their audiences and take a step back from pushy sales tactics.”