Is the Future of UX Screenless? Savy Weighs in on UX Trends of 2021 and Beyond. 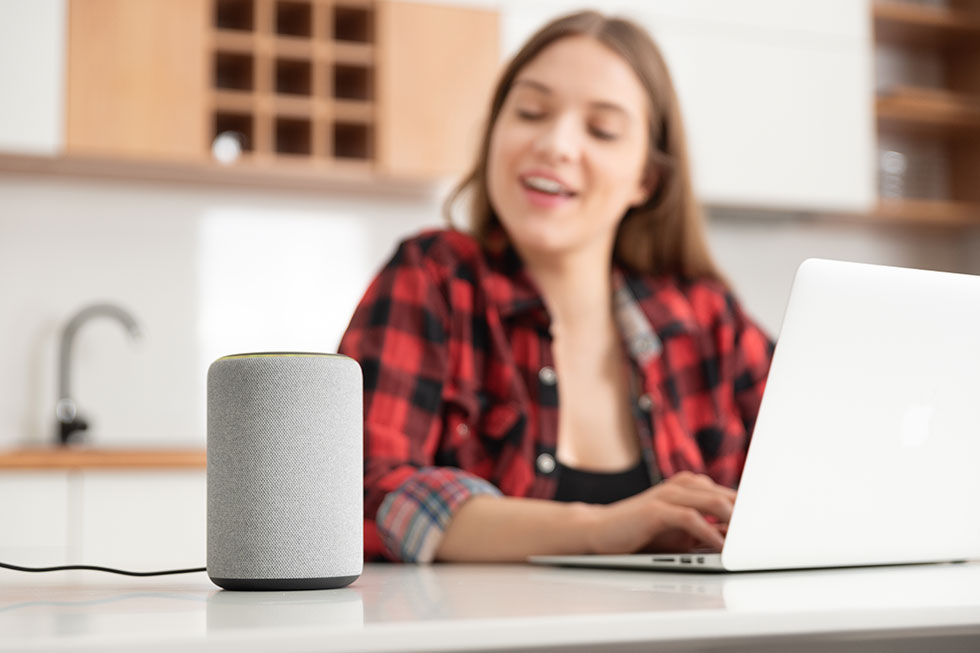 Thirty years ago, most of us couldn’t have imagined a world where we’d walk around with tiny, high-speed computers in our pockets. Today, most of us can’t imagine a world without them. There’s no denying that mobile technology and smart devices have redefined how we interact as a society. Whether we grab our phones to Google who played “that one guy from that show,” to have dinner delivered, or to buy a new face lotion, countless user interfaces have been built around convenience, instant gratification, and (perhaps most importantly) screens.

But UX design experts predict everything is about to change. Or, more accurately, everything is changing already. With the introduction of disruptive tech, including 5G, IoT, AI, and increasingly sophisticated voice-driven interfaces, the future of UX might not only be screenless. It could also be touchless. Here’s what the experts are predicting for UX trends in 2021 and beyond.

The ultimate goal of UX design is to make users’ lives easier. And, for over a decade now, “easier” has meant “mobile-first.” But consumer attitudes towards screens are changing. In fact, even as multi-screen living becomes the norm, we’ve seen a rise in articles, how-tos, and tools to help people reduce their screen time.

According to a recent article by the UX Collective, “[v]oice UI has been called ‘invisible interfaces,’ whereby voice is used as the primary or only interaction between people and devices.” This includes the use of voice assistants like Siri, Alexa, and Google Home, text-to-type applications, and voice-based gaming systems.

Voice UI is a hands-free, eyes-free way for people to interact with your products, even when they’re focusing their attention elsewhere. And as speech recognition technology becomes more advanced, these interfaces are increasingly sophisticated.

As the Interaction Design Foundation notes, “Because individuals normally associate voice with interpersonal communication rather than with person-technology interaction, they are sometimes unsure of the complexity to which the VUI can understand.”

For VUI to feel seamless, the software has to have excellent spoken language comprehension. Not only that, but the overall UX should train users to understand the voice commands they can use and the interactions they can perform.

The UX Collective re-emphasizes this, claiming: “Users continue looking for simplicity and efficiency when it comes to digital experiences. Market demand, high expectations, and the rapid development of artificial intelligence technologies have left brands no choice but to include voice-based features in their products.”

AI is nothing new. In fact, artificial intelligence has been quietly powering more and more of our lives behind the scenes. While a few years ago folks were furiously hitting the “0” key trying to connect with an actual human on customer service lines, now we’re more likely to look for the chatbox on a website to get our questions answered.

The premise of anticipatory design hinges on the idea that today’s consumers are overloaded with information. With the internet at our fingertips, we can research, deep dive, and compare products endlessly, without the “middleman” of a storefront or sales rep. But, instead of reducing our stress, this access to information stresses us out. It makes decisions harder, not easier. Anticipatory design will supposedly help us avoid decision fatigue by actually limiting the number of choices we face.

According to Fast Company, with anticipatory design, “we eliminate as many steps as possible and find ways to use data, prior behaviors, and business logic to have things happen automatically, or as close to automatic as we can get.”

If AI-powered anticipatory design takes off, we’re likely to see more and more interfaces telling us what we’re looking for based on big data rather than asking for our input. This UX trend goes beyond even Amazon’s recommended products or Netflix’s “watch next” functions. In fact, Fast Company goes so far as to describe “these types of optimizations [as] simply training wheels for anticipatory design.”

While companies like Google and Digit.co are dipping their toes into the possibility that anticipatory design has to offer, its full potential remains to be seen.

Since the start of the pandemic, people have become hyper-aware of what they’re touching. So it’s unsurprising that this awareness has impacted UX design. Whether it’s our phone screens, payment terminals, or high-end kiosks, the days of casual touchscreens may be limited.

According to 2020 findings from Capgemini, 77% of customers expect non-touch interactions for customer experiences. More than 62% expect the same touchless experience even after the current pandemic subsides. While voice-enabled interfaces will play a role in this touchless world, touchless kinetic user interfaces (KUIs) could be tech’s rising star.

According to the UX Collective, “The new sensing technology works by tracking the motion of a person’s hand. By detecting touchless gesture interactions using radar, a person’s hand becomes the interface, and gestures become the input.”

Gestures are already a natural part of our everyday interactions. Our touchscreens have taught us how to swipe, drag, pinch, and stretch to manipulate information on our screens. Screenless versions of these same gestures seem like a natural progression in a touchless world.

Whether or not we say goodbye to screens in the next few years, there’s one undeniable truth: the future of UX will be tech-forward and human-centered. Ghufran Shah of Metsi Technologies Ltd. says it best in a recent Forbes Council post:

“With advancements in artificial intelligence, machine learning, and facial recognition, the UX of tomorrow needs to provide an experience that leaves the user with a feeling of satisfaction and achievement. There should be no boundary between the experiences of the physical world and the virtual world.”

The most successful brands will be those who can think beyond the screen, leverage new UX trends to their audience’s advantage, and find new ways to make user’s lives more convenient.