Google PageRank Metric Dies | A Step Towards Leveling the Field 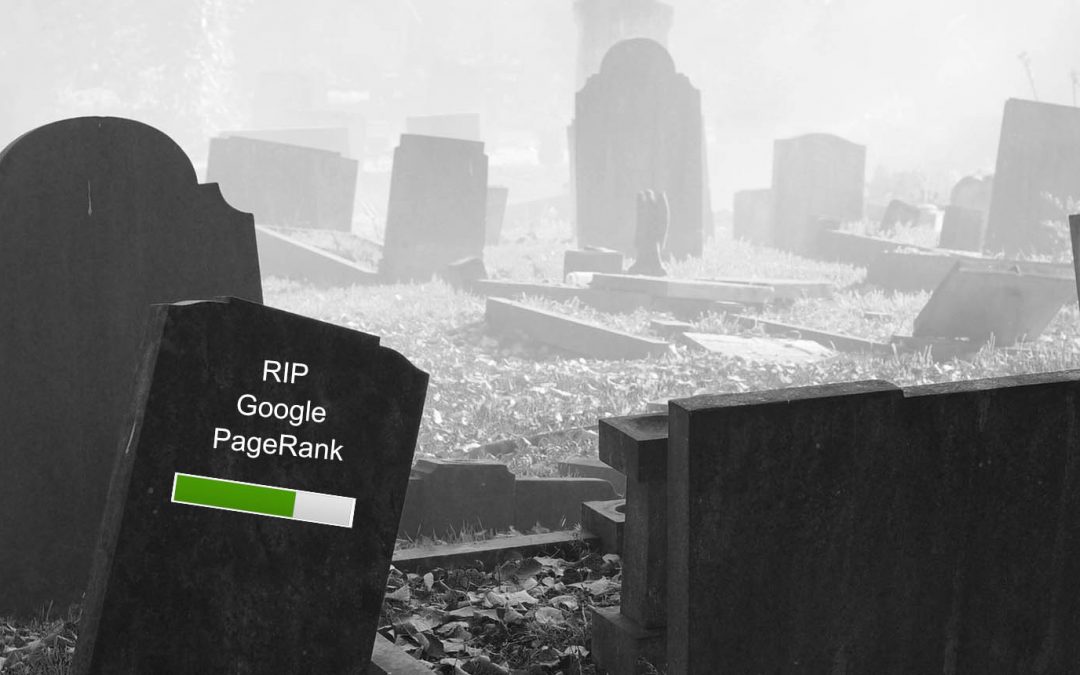 For many Internet marketers and search engine optimizers, Google PageRank has been one of the most important factors in evaluating website quality. For many businesses, individuals and SEO and marketing professionals, if their optimization efforts resulted in a PageRank increase of one or two, then a celebration was in order. Now, it appears as if Google has decided to level the playing field, or make it more difficult for people to collect high ranking domains to be sold for profit.

At Savy, we first noticed the disappearance of Google PageRank when doing some research for a new client. With each domain we checked, we discovered the site had a PageRank of zero, which we thought was strange. Then we checked the Savy site which was last calculated at a high 4 – zero. Facebook – zero. Twitter – zero. After some research, it became clear that Google PageRank had died. Or, it had at least for public evaluation and consideration.

Google PageRank originated with Google founders Larry Page and Sergey Brin at Stanford University. At the time, search engines usually linked to pages with the highest keyword density. This, however, could be easily manipulated by keyword stuffing to appear higher in search results. Google PageRank measures the importance of an individual page on a website, meaning each page has its own rank, not just one number for the site overall. Some of the contributing factors to PageRank include:

Across the Internet, April 16, 2016, has gone down as the day Google PageRank officially died. While the PageRank number technically hasn’t been updated in three years, all PageRank toolbars now officially show zero for all domains. All of the factors associated with PageRank still contribute to a web page’s importance, but Google likely will only be using PageRank internally within their ranking algorithm, rather than making it public and showing external numerical values.

There have been a few Google algorithm updates in 2016. With the extinction of external Google PageRank value, many could assume that this levels the playing field for SEOs, marketers and website owners. Whether or not that’s true, it does make it more difficult for Black Hat SEOs to game the system and sell aftermarket domains with high PageRank or links to increase PageRank. In the past, with the visibility of PageRank values, high ranking domains could be sold at auction in the 4-5 figures range.

Could the death of public PageRank be an attempt by Google to level the playing field by keeping their cards closer to their chest? An attempt to stop dirty SEO activity? A blend of the two? We imagine it may be a combination of the two, as well as other contributing factors.

Going forward, how can web pages be evaluated for quality and importance? Domain and Page Authority from Moz may be the most comparable option. Overtime, Google PageRank has lost its numerical importance, so relying on other page health metrics like those from Moz have already been in place and will continue to be helpful for the foreseeable future. But in the ever-changing world of SEO, maybe not. We’ll see what happens over time.