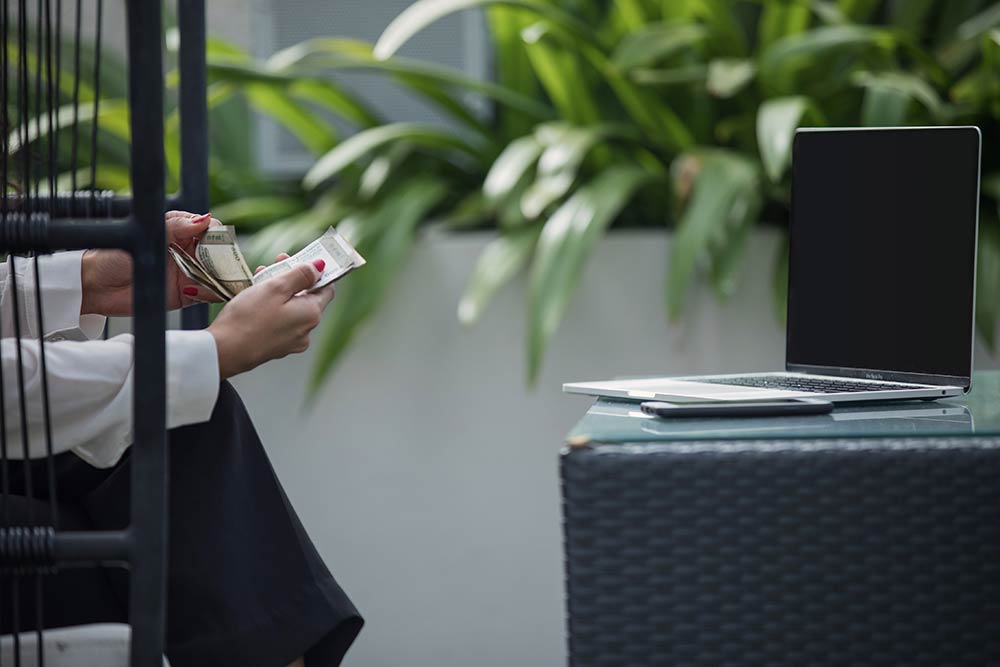 Working at a digital marketing agency, the team at Savy sometimes faces the challenge of explaining exactly what we do. The terms “brand design,” “digital content,” and “Accredited Google Partner” get blank stares and polite but baffled nods. Luckily, nearly everybody understands the term advertising firm. Most can connect it with the iconic advertisements and martini-lunches of Mad Men.

So what’s the difference between what we do, and what many remember as the “golden age” of advertising?

The first advertising agencies date back to the 1800s. These early ad agents served as middlemen between newspapers and businesses, buying ad space from the papers at discounted rates, and selling that space to businesses at a marked-up price.

The evolving role of the advertising firm

As advertising became more profitable, firms needed to stay competitive. Many began offering creative services to their clients. Creative teams began drafting the ads in addition to selling the ad space. As Michael Wlosik writes in ClearCode’s history of the advertising agency, “From their beginnings in the 1800s, through the golden era of advertising in the 1950s, globalization, and the ultimate shift towards digital, ad agencies have certainly come a long way. They have gained new roles and diversified with the advent of new marketing options.”

From middleman to brand partner

The Mad Men era (the 1960s and 1970s) saw dramatic changes in the relationship between brands and advertising firms. The agency became the brand’s partner. They worked closely with companies to create strategies, develop campaign ideas, and manage the entire branding process. Charging large retainers, advertising firms developed content months, or even years, in advance. Advertising agents were no longer just middlemen. They were specialized teams working to help clients achieve specific goals.

During the 1960s, advertising became synonymous with the double-breasted suits and smoky cigar rooms of Madison Avenue. This era introduced the world to iconic imagery and catchy slogans for Volkswagon, Coca-Cola, and Heinz. Through print, radio, television, and direct mail, advertising became a cultural phenomenon. Celebrities and characters sold products and shape public perception of brands.

The elite status of traditional advertising firms became deeply rooted in popular imagination. So much so that many scoffed at the idea that digital advertising would unseat traditional methods. Among them was Nigel Hollis, an author, analyst, and researcher who wrote that advertising was as likely to change forever as he was to grow wings and fly.

“The fundamental problem right now,” he claimed, “is that most digital executions are weaker versions of their counterparts in traditional channels… Very few of them really engage people. And by ‘engage,’ I mean encourage people to willingly devote time to the content.”

Unlike those who saw the internet as a critical disruptor, Hollis saw it as an avenue for more of the same. “For every new digital media channel there is a traditional equivalent,” he wrote. “For online video it is TV. A Web site is a magazine in a different guise. Search is the Yellow Pages and encyclopedia rolled into one. Social media are the equivalent of chatting over a cup of coffee.”

Hollis, unfortunately, couldn’t predict the impact of the digital revolution and tech advancements. They changed the consumer mindset and subsequent behavior forever. As advertising campaigns became more advanced, so did consumers.

Confronted with more ads over more channels, today’s buyers are suspicious of traditional marketing— they’re always looking for the sales pitch. In 2017, the Trinity Mirror and Ipsos report found that 42% of individuals polled distrusted brands and 69% distrusted brand’s advertising.

These statistics are even more concerning when considering millennials (those born between 1982 and 2000). Millennials are one of the first generations to spend their formative years online. The report found that as many as 84% of millennials don’t trust traditional advertising. That means 83.1 million Americans don’t connect with brands through traditional advertising methods. Several factors contribute to this shift in consumer behavior and beliefs.

First introduced in the 1950s, history remembers the Marlboro Man as one of the most successful brand repositionings to-date. By realigning their traditionally “feminine” filtered cigarettes with a trademark rugged cowboy, Marlboro became the fourth best-selling brand in the United States. The slogan “Come to Marlboro Country” implied that buying Marlboros was an act of manly independence. A chance to reclaim the wild freedom of the iconic Old West.

But data suggests that today’s consumers suspect ulterior motives when it comes to product-based, psychological advertising. This may be why Forbes contributor Jayson DeMers says the best marketing strategy isn’t even really marketing at all.

He writes, “The goal is to build your brand up to a certain level of reputation and visibility that customers naturally find you when they execute their ability and right to research their purchasing decisions. It’s the difference between trying to shove a quarter in someone’s pocket and placing a shiny quarter directly in their path for them to find naturally and less obtrusively.”

Today’s consumers have information at their fingertips, 24/7. A quick Google search, Yelp review, or even well-ranked listicle can sway buying decisions, for better or worse. In fact, according to the 2018 Local Consumer Review Survey, 91% of millennials trust online reviews as much as personal recommendations. Most consumers read at least 10 online reviews before trusting a company. This means brands need to build lasting connections between their products or services, and the people who purchase them.

Digital advertising firms are re-envisioning how consumers and brands interact

According to Forbes, the most important difference between traditional and digital marketing firms may be less about method (print vs. digital) and more about mindset. Through content marketing, digital firms attract traffic by creating value for consumers. This ultimately leads to higher conversion rates. Instead of pitching a product, you’re actively building and supporting a brand-customer relationship.

Taking a step back from ‘advertising’

Take, for example, Lowe’s “Fix in Six” campaign. Using six second videos, the home improvement retailer provided simple answers to buyers’ biggest DIY conundrums. Jose Angelo Gallegos, a correspondent for Tint, writes, “The humorous take on home DIY problems has helped it create a friendly persona for its consumers, taking it a step away from ‘advertiser.’ “Fix in Six” isn’t overtly linked to Lowe’s either. There’s no ‘hey, this is Lowe’s and you need to buy everything in this ad from us’ spiel.” This creative digital campaign serves as a model for how large companies can create value for their customers to strengthen connections.

“Consumers can engage how they want, wherever and whenever they want to.”

Today’s digital advertising firms also respond quickly to changing social climates, use data to adjust campaigns in real time, and scale outreach efforts through multiple channels to connect with targeted audiences. Plus integration across touchpoints gives digital a distinct advantage over traditional methods: consumers can engage how they want, wherever and whenever they want to. This ability to pivot quickly is key in today’s fast-paced marketing arenas.

“Today’s advertising is embedded in mattering rather than marketing”

In the end, how you choose to advertise depends on your budget, the size of your company, and the specific demographic you’re trying to reach. DeMers writes, “Small businesses may benefit more from content because of their smaller budgets and more limited resources, while industries that serve older demographics may benefit more from product marketing because of lower content engagement rates present in that audience segment.”

Whether you partner with a traditional advertising firm or a digital marketing agency like Savy, remember that today’s advertising is embedded in mattering rather than marketing, communicating rather than selling. The best strategies conceptualize exactly who they’re trying to reach, and balance traditional and digital channels to build connections.